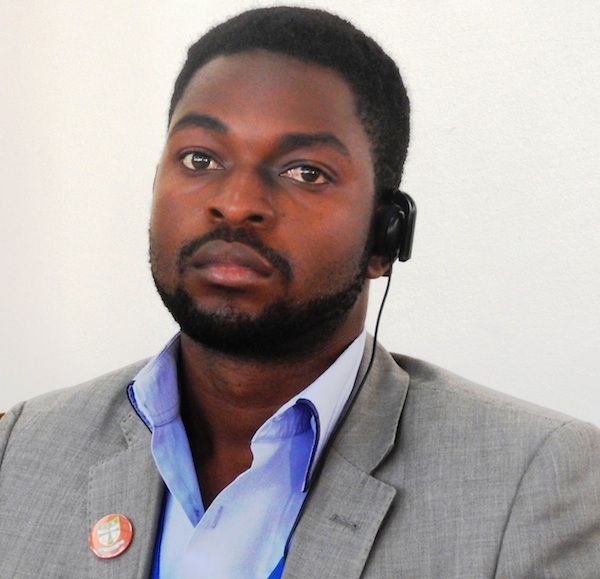 Welcome. My name is Innocent ODONGO, a Ugandan by Nationality. I encountered the YCS Movement in my second year in the minor Seminary in year 2004; I got enrolled in the year 2007 in Gulu Catholic Archdiocese. I have held numerous leadership positions in the movement; Organizing secretary at section level (St. Joseph’s College Layibi Gulu 2007-2008), Treasurer at federation level (St. Mary’s federation Gulu Archdiocese 2007-2008), YCS trainer at St. Joseph’s Seminary Aboke Lira Diocese 2009, Publicity secretary 2010-2011 and Organizing secretary 2011-2012 at National Section (Makerere University), Interim National treasurer Uganda YCS National Team 2011-2014 and Acting National Coordinator Uganda YCS 2013-2015. On 10th October the National Movement presented me as candidate for the post of Coordinator of IYCS Africa, and I was elected. My leadership background in YCS and school experience has groomed him into a very trustworthy young man. I am self-driven and always willing to learn and share my personal skills with others. I easily get on well with my peers. I hold a Bachelor’s degree in Social Sciences from Makerere University Kampala, Uganda. The journey in the movement has influenced my life tremendously, presenting me with numerous challenging opportunities to take decision on behalf of the other members. It has really been a long way long journey but I’m really grateful am what I am today because of the movement and one thing I learnt and from time to time share with my fellow youths is never to be afraid to make mistakes because each time we make a mistake we learn something new. The YCS as a school of life, formation, learning, encounter presented to me the fundamentals of Christian living, a sense of objective and critical reasoning, as well an attitude of better time lies ahead and ‘winners never quit’