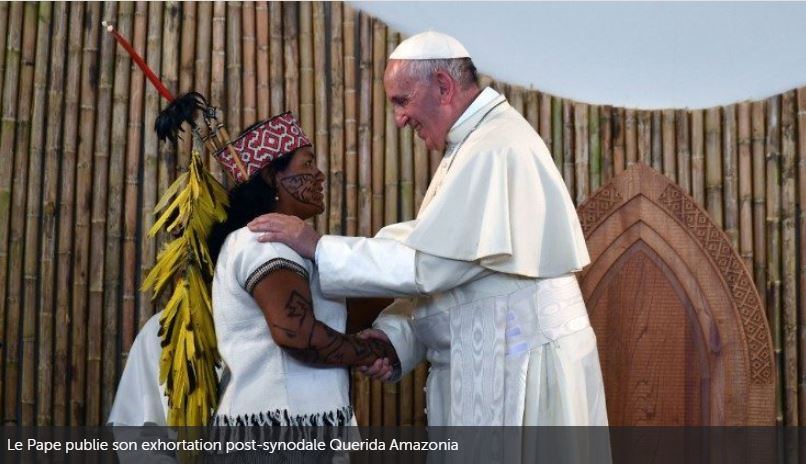 With Querida Amazonia Pope Francis invites the People of God and all persons of goodwill to take serious measures to save the lungs of our world in the Amazon, Congo and Borneo. It is increasingly clear to the world that what happens to the Amazon is not just a local issue, but has a global consequence. If Amazon suffers, the world suffers.

The Holy Father also reminds us of the impact of human ecological sin and environmental exploitation on the lives of the poor and, in particular, the indigenous people who continue to be exploited and marginalized in our present economy which further exacerbate inequalities.

As global movements of Catholic students and graduates, we reaffirm the fundamental option for the poor which is at the heart of our faith in Jesus Christ. We know that this option also means taking an option for the earth through what the Pope calls an integral ecology. This, as Pope Francis reminds us, demands continual conversion. Pope Francis’ call to conversion was already developed with his other important texts of Evangelii Gaudium, Laudato Si’, Gaudete et Exsultate and Christus Vivit . The Pastoral Conversion of “Evangelii Gaudium” (To see and listen to the territory and its peoples), the Call to Ecological Conversion of “Laudato Si” (An Invitation to embrace an integral ecology) and the Ecclesiological Conversion of “Epicopalis Communio“, (the Apostolic Constitution of the Synod of Bishops that calls for a church of encounter, listening and dialogue) speak to our movements and our mission among students and graduates and we commit ourselves to work together to help our members see, judge and act for an integral ecology and for the protection of the Amazon.

As Specialized Catholic Action movements in the Church, we commit ourselves to demonstrate our profound solidarity with Pope Francis in his discerning and Christ-like leadership (as a shepherd “smelling like the sheep”) that he is providing to the Church and world. In particular, we take seriously his call to youth and young adults “to care lovingly for our roots, since they are a fixed point from which we can grow and meet new challenges” (Querida Amazonia 33, cf. 34 & 98). We are ready to take up this challenge in our role as voices for youth and young adults in the decision-making structures of the church and the world.

We will respond to Querida Amazoniao by accompanying our national movements in the Amazon region, educating our members in other parts of the world on the key themes of the exhortation, and advocating on behalf of an integral ecology in the United Nations system and in the Church.